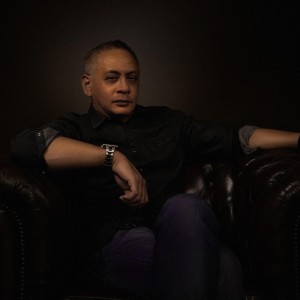 An attempt to demystify and understand the creation of art and fine art photography in particular. A theoretical and practical manifesto to defining, analysing, approaching and creating fine-art and other photographs that are considered meaningful. And finally an insight to my personal belief that art should communicate a statement, preferably an emotion and that in art, the artist’s intention, the subject matter, matters most: subjectivism.

What follows are not meant as tips, although the way they’re presented may create this illusion. The points described are a short and concise summary of my complete theory, analysis and approach of fine art photography that I’ve called subjectivism. A complete theory that will be elaborated on and described in full in an upcoming publication. More similar concepts and ideas can be read in the eBook From Basics to Fine Art – Black and white photography, architecture and beyond, written by me and co-author Julia Anna Gospodarou. The points mentioned in this summary are all closely linked together and cannot be taken out of its context. They’re just tricks when taken out of context but they’re a personal belief and a way of creating something meaningful in photography as an art form when taken as a whole. Some are obvious, some are not, what counts is the whole. It’s my personal Photography Manifesto of Subjectivism that you can use as a guide and make it yours, or just forget about it and reject. It’s not an absolute truth, just my strong conviction and personal statement.

Not all photography is art, but a great photograph has everything that all art has. This manifesto tries to describe what a great photograph should have and when we could consider it to be art. Art isn’t just a beautiful photograph, but it should move us, inform us and make us experience something we didn’t experience and know before. Art makes us forget about the beauty of it that initially drew us in and experience a beauty that encompasses the visual and the imaginary.

There’s no such thing as art about nothing

1. Focus on communicating an emotion or making a statement, but don’t make it a cliche. Make it challenging, but not impossible to comprehend the emotion.

2. If there’s no statement, no emotion, just a beautiful picture, then it’s not art. Like abstract expressionist painter Mark Rothko said: ‘there’s no such thing as art about nothing’.

3. Make it personal. Making it personal means that what you express is a specification of a generalisation, a general emotion for example, and will therefore be less of a cliche.

4. You can only effectively communicate an emotion if you can draw the viewer into your photograph. Therefore, the photograph needs to have beauty too. If it doesn’t appeal to the aesthetic senses, it lacks the potential to be art.

Technique is just a way of arriving at a statement

5. The word vision is an often used word in the world of art and it is a phrase that has a corrupted meaning: it has too many meanings and connotations that it only creates confusion. Vision is often confused with visual style, with a design element and the way the artist’s message should be visualized. There’s no consensus on the meaning of this word in the world of art and this lack of consensus only mystifies the creation of art. Instead of talking about vision, I prefer to talk about the intention of the artist. What does the artist intend to communicate? And to talk about visual style when we talk about how this intention can be visualized in an effective way.

6. Technique is just a means to create what you need to create. It’s not a goal, it’s not even interesting. Don’t make it a criterion in a photograph, make it your tool. Nothing more. Jackson Pollock once said: ‘technique is just a way of arriving at a statement.’

7. Avoid talking about technique and tools if you’re a serious photographer trying to create art: it will take away from your artistic intention and will only confirm the wrong notion that photography is just a technical and mechanical skill.

8. Focus on what you want to say, instead of focusing on what others are saying. Critics are helpful, but a good critic is very rare.

14. Light and time are the decisive elements in a photograph that define emotion.

15. The object matter is decisive in creating aesthetics in your photograph.

16. There should always be light and an object matter in your frame: it’s the very essence of photography. Light and object matter are symbiotic, one cannot exist in the frame without the other. This is the boundary we have to accept to call it photography.

19. Fine art photography can be abstract, but a close up of a detail that’s taken out of its physical context is not an abstract. Abstract means: not concrete, intangible.

20. Abstract also implies: absence of the symbiotic relationship between light and object. Therefore an abstract will lack the element that is decisive in determining the aesthetics of a work of art. This can be compensated by emphasising colors. Colors will then serve as a substitute for an object to infuse the art work with aesthetics. That’s why I prefer an abstract painting to be more vibrant in colors and a representational painting or photograph to have more subdued colors.

Details and the Decisive Detail

21. A good photograph can become a great photograph if there is an unusual detail in the photograph that adds to the interest and seems to conflict with the aesthetics in the photograph and creates a connection with the viewer. It’s an aberrant, yet trivial detail, that in Roland Barthes’ words “pricks” the viewer and which he calls ‘punctum’. But it only appeals to specific viewers who can relate to the trivial detail and that invokes a personal interest in the photograph. It’s a detail that the viewer associates with a personal experience or sentiment. Just like Marcel Proust’s Madeleine cookie incident in which a specific smell can transport the person, who’s affected by the smell, to another place and time, even for the briefest of moments, a visual aberrant detail in a photograph can ‘prick’ the viewer of a photograph and transport the viewer to another place and time and to his/her own experience.

22. The aberrant detail will be the link that connects the photo to the viewer on a personal level, coaxing the viewer to explore and understand what pricks the viewer. Only then can the artist effectively communicate with the viewer his message. Only then, will it bind the viewer forever to the photograph. I’ll call it the ‘Decisive Detail’ and it is slightly different than Barthes’ punctum, which will be explained in the following points.

24. The Decisive Detail can be an accident or deliberate. It really doesn’t matter.

25. The object in a fine art photograph needs to be deliteralized for it to become apparent to the viewer that the object matter is not equal to the subject matter.It needs to be taken for a symbol, an ‘equivalence’ to use Stieglitz’s words. There are many ways to achieve the deliteralization of object matter. One is to ‘move away’ from reality, by using B&W for example. But a negative side-effect of this is that the viewer cannot connect with the photograph due to its alienation from reality. Here’s where the importance of the personal, trivial and aberrant, detail comes into play to establish the connection with the viewer.

26. A good photograph is just beautiful. A great photograph complies to aesthetic criteria and informs the observer of something the observer didn’t experience before or didn’t see before. The Decisive Detail again will play an important role in this since it will be the element that will connect to the viewer and invite the viewer to further explore and experience.

27. The Decisive Detail can be more than just a small detail in a composition. Sometimes the composition itself, the entire frame itself, is the decisive detail by depicting a small part of a larger reality that is already an aberration.

28. Besides the Decisive Detail, there can be, and should be, other details in a fine-art photograph, or sub-object matters, that all by itself have a certain aesthetic and meaning, to create a whole that has an aesthetic and meaning of its own. Just like in a poem where one word alone doesn’t make a poem but the sequence of words. The individual words that make up for this poem cannot be replaced and are deliberately chosen for its meaning and its aesthetic role in the poem.

29. A great fine art photograph should be tangible, concrete, tactile and take up a physical space in this world: it should be printed. A photograph that only exists in a digital space is like an analog picture that hasn’t been developed: it has value but it didn’t fulfil its full potential yet.

30. A real work of art doesn’t merely depict a beautiful object, that is just illusory. Real art goes beyond what’s in the frame, it’s also the frame itself, the paper it’s printed on, or the canvas that has been used to paint on. It’s the pigment, the frame, the canvas, the paper, that thing that takes up space and that’s unique. It’s concrete and tactile. Not just a depiction but the medium on which it is depicted too. Why else is there often just one copy of a painting? Why else would photographers create limited edition prints? Because of the uniqueness and the tactile experience of the medium the object matter is depicted on. The rare character of an object of art, that it is unique and cannot be copied easily, plays a role in the appreciation of art.

If some things are not clear then it’s because it would take too much space in this short article to explain. For that full explanation with various examples and sources of information and acknowledgements, I’ve created the full 25+ page article on Subjectivism that will be published separately in the near future. But the gist of this all is that aesthetics only won’t suffice to call a photograph art, but that if you put your true intention and emotion in a photograph, or any other statement for that matter, it will become meaningful. And it can become art.

The following sources, other than the eBook From Basics to Fine Art , have played an important role in the creation of this manifesto and I can recommend those readings if you are interested in reading more on the nature of art and photography.

The Decisive Detail is of course a reference to Henri-Cartier Bresson’s ‘Decisive Moment’ but with a slight twist.

This site uses Akismet to reduce spam. Learn how your comment data is processed.

The Importance Of Fine Art Photography